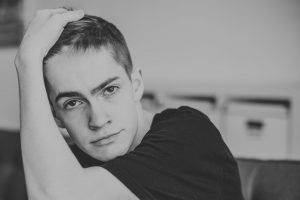 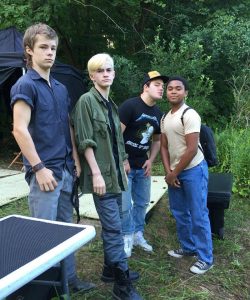 SPCS is very pleased to welcome actor/dancer LOGAN THOMPSON. Logan is a 17 year-old artist from London, ON. Acting is one of his many pursuits, and after small roles he obtained through the dance world, he was cast to play Victor Criss, one of the Bowers Gang members in the first IT movie, and also IT: Chapter Two, which premieres this fall. He also obtained the role of Nuclear Biff in the TV show “Titans” on DC Channel/Netflix. He continues to act, dance, choreograph, write and rap, and is a hip hop history expert. He would love to see all of his art come together and cross over in the future, and believes that you can achieve new goals by working hard.

SPCS will be his first-ever convention appearance.
* Please note Logan will be appearing from Noon to 3:00pm only. 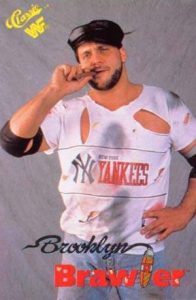 SPCS is very pleased to welcome professional wrestler STEVE LOMBARDI, THE BROOKLYN BRAWLER. The WWE’s longest-serving active wrestler, Steve Lombardi was an over 30 year veteran of the organization. He made his TV wrestling debut in 1983 in a match with The Iron Sheik. Lombardi competed in hundreds of matches through the 80’s under his own name before introducing his popular Brooklyn Brawler persona in 1989 under manager Bobby “The Brain” Heenan. In the 1990’s the Brawler wrestled warm-up matches at huge events such as Royal Rumbles, Summer Slam and several WrestleMania events. Lombardi was often called upon to help usher new talent into the WWE in their early matches including Dwayne “The Rock” Johnson. In 1997 the Brawler won a 20 man battle royal for a title shot against WWE Champion Shawn Michaels. Other Lombardi characters over the years include MVP, Doink the Clown (4), The Red Knight and Kim Chee (handler for Kamala the Ugandan Giant). Lombardi semi-retired from wrestling in the late 90’s and began working primarily as a road agent for the WWF, though his occasional ring appearances have continued until as recently as last year. His accomplishments also include championship titles in several independant wrestling Organizations such as NWA and Border City Wrestling. 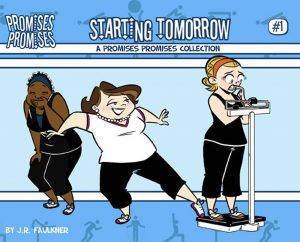 SPCS Cartoonist Laureate, JR FAULKNER is back for her seventh year! In addition to helping out the show in so many ways including illustrating our program cover every year, Jules is the creator of the online comic strips PROMISES, PROMISES (www.promisescomic.com) and KNIGHT & DAVE (https://www.knightanddave.com).

Although she may have started PROMISES, PROMISES back in ’08 in a vain attempt to write off a gym membership as a business expense, it has gone on to produce three volumes in print and is syndicated on GoComics and Comics Chameleon. However, KNIGHT & DAVE is an all-ages comedy/adventure that has been a considerable departure from PROMISES, PROMISES but much closer to Jules’s roots in animation (also available on Comics Chameleon). 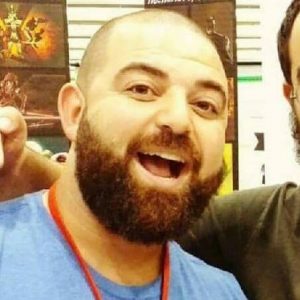 SPCS is very pleased to welcome back SHANE HERON. Shane is a writer/artist from Toronto. His works include the post-apocalyptic western, MORRIS, the horror/fantasy anthology, CAULDRON and the sci-fi comedy, Black Hole Hunters Club. 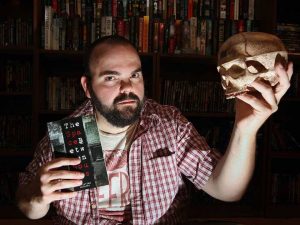 SPCS is very pleased to welcome back author CHRISTIAN LAFORET. Christian is a horror author at heart, but his published works include science fiction (No Light Tomorrow), crime fiction (his newest book, All These Crooked Streets) as well as a small dash of poetry for good measure. He lives in Southern Ontario with his family. For more on Christian, visit his website. 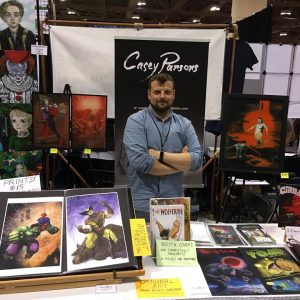 SPCS is very pleased to welcome CASEY PARSONS. Casey is a classy fine artist who has recently entered the comic industry feigning aplomb. He has worked on various indie projects, mainly CAULDRON magazine, and most recently did a variant cover for Image Comics’ first issue of Little Bird. Right now, Casey is hiding in either his art studio, the woods or in some scotch.

SPCS is very pleased to welcome Cosplay Guest DREAMKITTY COSPLAY. DreamKitty is a body positive cosplayer and professional seamstress known for her creative interpretations of characters and her passion to create a community of respect, positivity and inclusion in cosplay. Described as a “ray of sunshine” in the cosplay community, she loves nothing more than connecting and inspiring other cosplayers through her genuine passion for the craft and her optimistic attitude.

She has won multiple awards for her cosplay and has been featured as a cosplay guest at multiple Canadian conventions. She is always striving to improve and build upon her skill set through bigger, and more creative costumes. 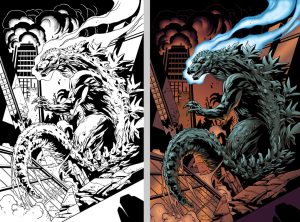 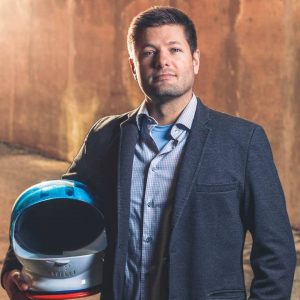 SPCS is very pleased to welcome author BEN VAN DONGEN. Ben was born in Windsor, ON. He likes to think that if he tried harder he could have been an Astronaut, but he is happier writing science fiction anyway. He wrote the novellas The Thinking Machine and The Neon Heart, co-authored the books No Light Tomorrow and All These Crooked Streets, and is one half of the founding team of Adventure Worlds Press. You can read more crazy notions on his website. 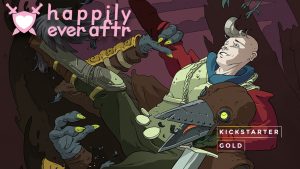 SPCS is very pleased to welcome back RICKY LIMA. Ricky is excited to be in Sarnia after missing out on last year’s show due to the freak ice storm. This time Ricky’s bringing the storm himself. The comics storm! Having just published his new book “happily ever aftr”, Ricky is ready to rock your face off with amazing new content.